Liverpool have been drawn against Real Madrid in the Champions League quarter-finals, a repeat of the 2018 final, with Chelsea facing Porto and Manchester City taking on Borussia Dortmund.

The semi-final draw also took place on Friday, with Liverpool and Chelsea set to meet in the last four should both progress, while City could play Bayern or PSG for a place in the final.

Of the three English sides remaining, Liverpool arguably have the toughest draw against Spanish champions Real, who beat Jurgen Klopp’s side 3-1 three years ago in Kiev.

Liverpool overcame RB Leipzig 4-0 on aggregate to reach the quarters this time around, and speaking before the draw Klopp said he is hoping to regain momentum in the Premier League to help their Champions League bid.

“The only reasons you play in this competition is because you want to win it,” Klopp said after beating Leipzig last week. “We aren’t silly and so far, this season it is not one which looks like we will win the Champions League in the end.

After beating Atletico Madrid 3-0 on aggregate in the last 16, Chelsea take on Portuguese champions Porto, who stunned Juventus in the previous round to progress.

$200 waiting for your collection

“They play with a special bond and performances and results like this give you a certain edge and glue to achieve special things. You can only achieve this through results and experiences,” Tuchel said after Wednesday’s 2-0 win over Atletico.

“I’m pretty sure no one wants to play against us. It’s a super-difficult challenge ahead because we are already in the last eight. It’s a big step, but no need to be afraid, we take what we get and prepare as best as possible.”

A potential semi-final meeting between Chelsea and Liverpool would see the two sides renew their Champions League rivalry.

Liverpool and Chelsea last met in the Champions League in 2009, having played one another in five consecutive seasons from 2004-05 – at the semi-final stage three times, the quarter-final once and also in the group stages in 2005-06.

The two sides also played in the 2019 UEFA Super Cup, with Liverpool winning 5-4 on penalties following a 2-2 draw after extra time.

Meanwhile, City continue their pursuit for the ‘Quadruple’ against another Bundesliga side in Dortmund after beating Borussia Monchengladbach 4-0 on aggregate.

City have exited at the quarter-final stage the past three seasons, and head coach Pep Guardiola is not looking too far ahead with the Premier League leaders first taking on Everton in the FA Cup quarter-finals this weekend before playing Leicester in April after the March international break.

“That is why we had to forget about the quarter-finals and just win this game. We have to do what we have done in the previous seasons.”

Jadon Sancho could line up against his former side City having swapped Manchester for Dortmund back in 2017.

Sancho missed the last-16 second leg against Sevilla as Erling Haaland steered the German club into the quarters, with England midfielder Jude Bellingham also impressing in the 2-2 draw, enough for a 5-4 win on aggregate.

What You Should Know About The Champions League Final

The Champions League final will take place on Saturday, May 29 at the Ataturk Olympic Stadium in Istanbul, Turkey, which was set to host the 2020 showpiece before Covid postponed the tournament. In August it was eventually completed from the quarter-final stage onwards in Lisbon.

The Ataturk Olympic Stadium stadium was the stage of Liverpool’s infamous ‘Miracle of Istanbul’ comeback victory over AC Milan in the 2005 Champions League final.

Moses Obinna (AkA. Moblaze) is a graduate of Petroleum Engineering, who has passion for Entertainment and loves to blog about it, he is a Content Writer, an Excellent Digital Marketing Specialist, freelancer with fiveer, cryptocurrency trader, Online Investment Specialist and also the Chief Executive Officer (CEO) of Chimo Concepts Nigeria Limited. If you Want to know more about cryptocurrency trading and legit online investments, then follow me Facebook @Moblaze noni , Instagram @official_moblaze, Twitter @Moblazenoni, Titok @Moblazenoni and WhatsApp: +2349056052464 View all posts by Moblaze 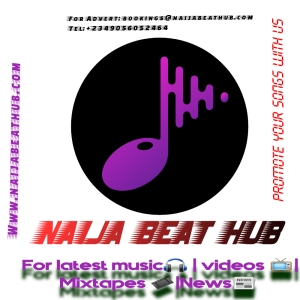